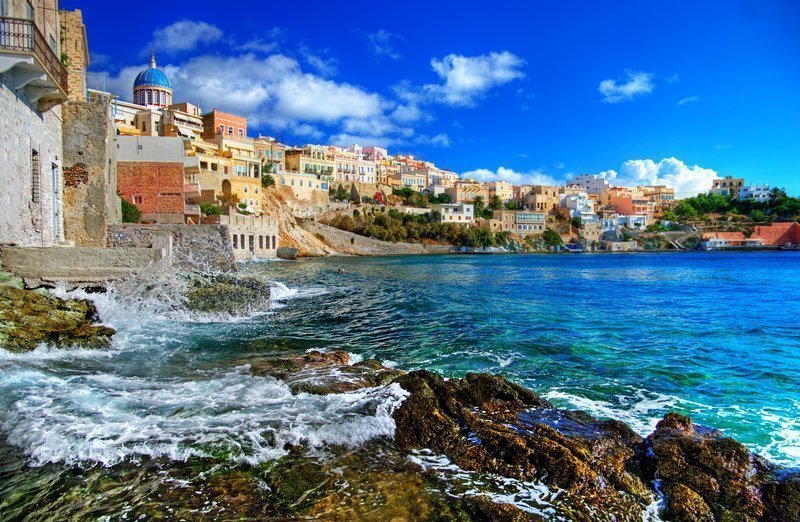 The secret’s out. Greece is on its way to making a huge economic comeback. This, in no small measure, is due to the success of its captivating islands in the Aegean and Ionian seas, their blazing tourism industry and property markets rife with profitable opportunities.

We won’t indulge you in a Greek epic, but to make a long story, the Greek islands benefit from two major assets that are attracting investors from around the world.

The first is the most obvious: The strength of the country’s tourism industry. Greece is one of the most visited countries in Europe, and in 2017, welcomed over 30 million visitors – most of which flooded the islands of Santorini, Mykonos, Corfu, and Crete, not mention Athens, the country’s capital city on the mainland. As for 2018, early reports suggest record-breaking figures. The numbers don’t lie. These picturesque islands fascinate holidaymakers from the four corners of the globe, drawing them to their idyllic beaches, incredible landscapes, culture, cuisine, and history, as well as a non-exhaustive list of luxury amenities on par with the top resort destinations in the world.

Full disclosure, the second is the result of a national crisis: Property devaluation. Don’t close the tab just yet, the Greek government made quick moves to recover, lowering real estate transfer taxes and annual property taxes, in addition to a number of other incentives (Golden Visa Program). These policies have formed a particularly interesting opportunity for investors to jump on – and not only property developers and hospitality groups, but also American, European, and Australian buyers in search of a second home in the Meditteranean.

Put the two together, and you have a skyrocketing demand for a secondary residence on the Greek islands.

Getting on board: Agean or Ionian?

On average, the islands in the Aegean and Ionian seas are the market’s major actors. As the numbers have it, the single largest market is found on Greece’s largest island: Crete offers 4 unique regions located in the southern part of the Aegean and affordable real estate prices throughout. The typical buyer shells out approximately 170,000 euros on a 3-bedroom villa with a swimming pool, all in good condition. Note: Plots of land are also popular acquisitions and offer a VAT advantage.

In terms of popularity, there’s little competition. Notorious for its jet-set scene and nightlife, the Cycladic island of Mykonos reigns supreme. Its market is pricey yet varied, from high-end apartments in town to luxury villas boasting outdoor living spaces perched on scenic cliffs; but demand is at a constant high. The situation is very similar in Santorini, another hotspot for international jet-setters and wealthy vacationers.

But don’t get too hung up on geography. The Ionian is a haven of hidden gems, oftentimes overlooked by touristic crowds, and cater to those in search of discretion. For example, Corfu, with its UNESCO World Heritage Site, is made for making beautiful discoveries, such as its private villas in the hills.

Throughout the islands, you’ll find a range of types of properties, from sumptuous Mediterranean-style villas and quaint apartments to complexes with multiple residences and serviced plots, costing 6 to 7 figures. For those interested in a second home to rent part of the year, you can expect to charge up to 3,500 euros a day for the most luxurious accommodations.

What more can we say, the rental value on the Greek islands is unmatched, and the demand, as well as the supply, is already there.

BARNES Greece is at your service, to help you successfully invest in the Greek islands.