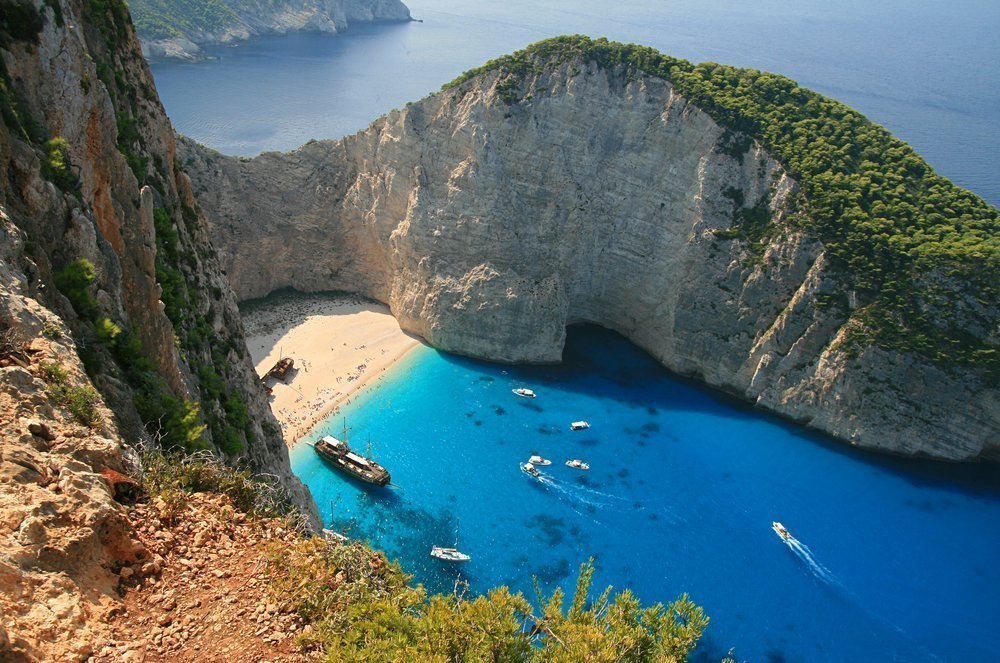 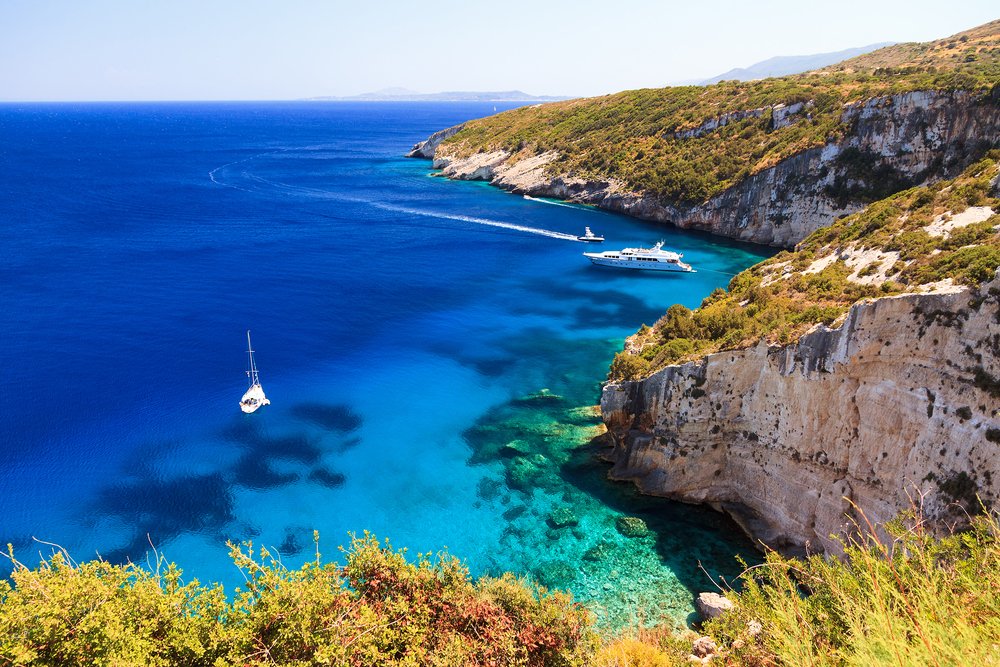 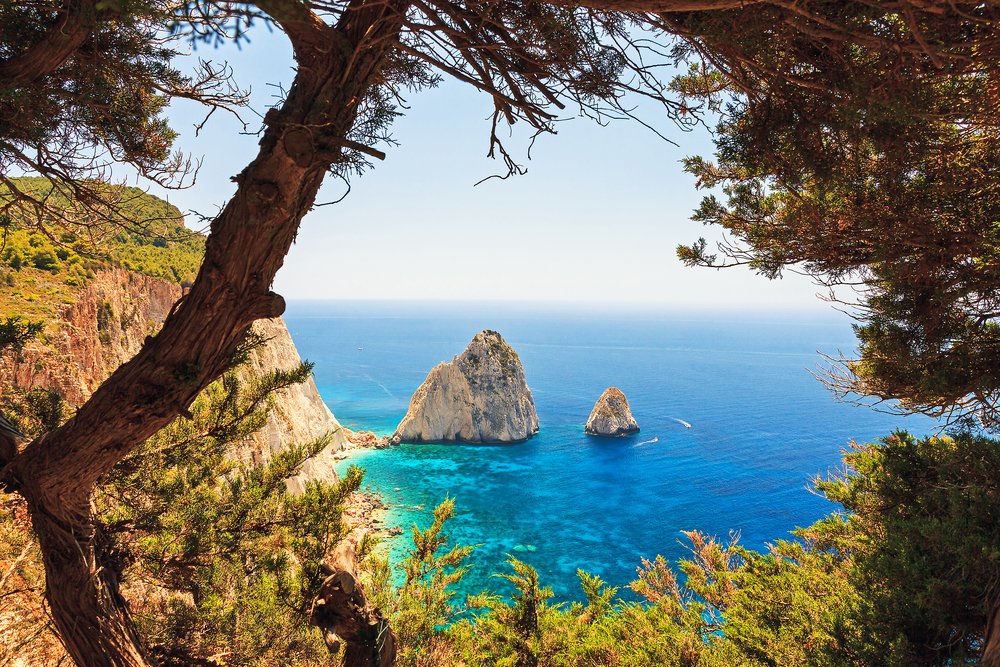 Zakynthos or Zante, the third largest of the Ionian islands, lies in the eastern part of the Ionian Sea. Because of its exceptional beauty, the Venetians called it Fiore di Levante, the Flower of the East.

Northern and eastern shores of the island feature wide sandy beaches, notably Bochali which overlooks the peninsula of Vasilikos, while the western shore, from Keri to Cape Skinari, include numerous natural “blue caves”. Among the most beautiful beaches – Lagana, Tsilivi, Argassi, Kalamaki, Alykes – is the worldwide known Navagio beach, with its famous shipwreck, a beach of remarkable natural beauty, with an amazing white sand, white cliffs and turquoise waters, accessible only by boat.

The island is well known for its rich tradition in arts and especially in music. Among the most famous Zakynthians, is the national Greek poet Dionysios Solomos and the Italian poet Ugo Foscolo.

The port of Zakynthos has a ferry connecting to the port of Kyllini, on the mainland, in the Peloponnese. Another ferry connects the village of Agios Nikolaos to Argostoli on Kefalonia island.

By boat: by ferry from the port of Kyllini, Peloponnese or from Kefalonia island